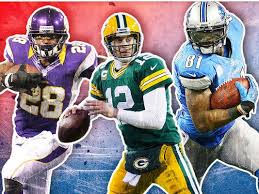 It is late August. Summer has ended and students are gearing up for another school year. There are only a few more weeks of triple digit weather here in Texas. And, that of course signals the start of Football season. Even more, it is time for the Fantasy Football draft.

Last year, I played Fantasy Football for the first time. The basic idea is you and handful of your friends each draft a fantasy team, made up of players across all NFL teams. Your fantasy team earns points by how well each player on your team does against another fantasy team. If your team eclipses your competitor that week, then you have won the match up.

Last season I became attached to my players. I watched more games, yelled louder, and rooted for them more than I have for even my favorite “real” team. Why was that? What other things did I do different as a fantasy football fan compared to the regular real fan?

Some very recent research has been exploring these differences. One such study, showed that when a fan of a “real” team looses they are likely to avoid media about their team, whereas when a fantasy fan’s team loses they tend to shy away from talking to other people about their team. One reason may be that fantasy fans are deeply connected to their teams because of the their own personal investment. That is, fantasy fans spend hours crafting the perfect team, from trading players mid-season  to making the tough calls of who to place in the upcoming game. In a sense, this personal investment may lead fantasy fans to feel responsible for a loss, and as a result making it hard to talk about it with others.

Yet, one other thing I noticed as a fantasy football fan is I found myself communicating with my league (or that handful of friends) with memes, videos, and catchy one liners. Much more than I do as a “real” team fan. Does the competitive nature (or the personal investment) increase communication? What types of memes do I post when my team wins or loses?

And, with that in mind, I leave all my fellow Fantasy Football fans this meme… 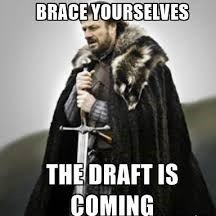